University of Tsukuba, Japan / Center for Research on Educational Testing

We and our advertising partners use cookies on this site and around the web to improve your website experience and provide you with personalized advertising from this site and other advertisers. By clicking “Allow” or navigating this site, you accept the placement and use of these cookies for these purposes.

Don’t miss out on any announcements or deadlines. Sign up to receive event updates directly in your inbox. 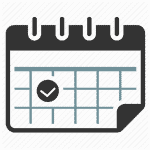